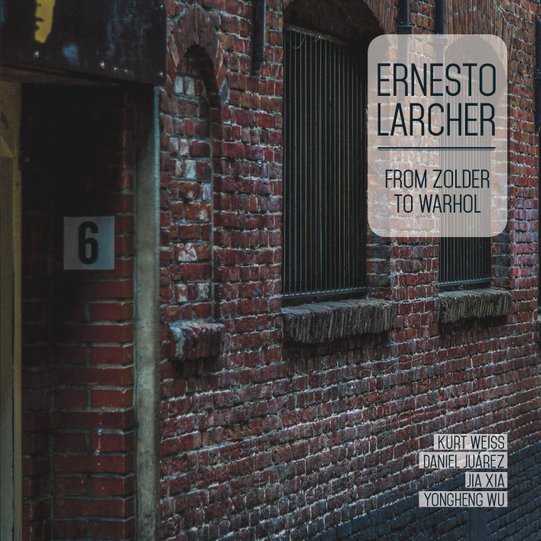 "Distinguished member of the new and outstanding Spanish jazz generation, the young bass player and composer Ernesto Larcher presents “From Zolder to Warhol”, his second album as a leader.

“From Zolder to Warhol” was recorded in Groningen (The Netherlands) with the participation of a selected group of talented musicians coming from different countries: Kurt Weiss (USA) on trumpet, Daniel Juárez (SPAIN) on tenor sax, Jia Xia (CHINA) on piano and Yongheng Wu (CHINA) on drums.

It is a substantial and mature album that joins the devotion for the jazz traditional sounds with a determined will of innovation. “From Zolder to Warhol” transmits newness and inspiration in the impecable compositions and the arrangings with elegant look of Hard Bop.